On a very hot night in the summer of 1965, Charlie Bucktin, age 13 is woken by knocking at his bedroom window.  He finds Jasper Jones there, trying to wake him. Jasper is an outcast in the town. He is a bit rebellious, a loner and of mixed race.  But when Jasper asks him to go into the night with him as he needs help, he goes along, even though he is terrified. Jasper takes him to his secret place in the bush where Jasper’s horrible discovery is revealed.

Charlie promised to keep the secret but is weighed down by it. All that he knows about life so far, changes that summer. He constantly argues with his mother , falls in love and his relationship with his best friend Jeffrey Lu changes. Secrets are revealed and life is never the same again.

Jasper Jones is a coming of age story set in a small town in Western Australia. It captures perfectly, life in small town Australia in the 1960s.

The chapters are quite long, but the writing is beautiful to read.  I did find the first half of the book quite tedious, as the characters were set up, and the tension and underlying simmering in the town were introduced.  This seemed to take longer than I felt was necessary, and I just wanted to get to the story.

But I did really enjoy the second half as it moved along quite quickly.  Instead of showing 1960s Australia as very peaceful and nostalgic, this small town was  revealed to be a place of prejudice, racism and intolerance. As the community confronted what was happening in their town, those ugly traits became worse.

I’m sure this book wouldn’t be for everyone. It isn’t an easy read but if the time is invested to get into the story, the rewards are great. This story has been recommended as being Young Adult reading, but that confuses me. To me, Jasper Jones is heavy going and covers subject much to dark for Young Adult.

I couldn’t get this book out of my mind for a long while after reading it. There is much written there to make the reader squirm and feel uncomfortable. The final scenes which I won’t reveal were gut wrenching and unforgettable. 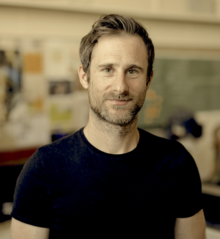 Have you read this book. I’d love to hear your thoughts. I really appreciate the time it takes you to comment and promise to reply to all comments.

If you would like to keep up with the latest book reviews, please pop your email into the box in the side bar. This will ensure you are notified of all updates.