Half The World in Winter by Maggie Joel

It is London, 1880, and Lucas Jarmyn struggles to make sense of the death of his beloved youngest daughter; his wife, Aurora, seeks solace in rigid social routines; and eighteen-year-old Dinah looks for fulfilment in unusual places. Only the housekeeper, the estimable Mrs Logan, seems able to carry on.

A train accident in a provincial town on the railway Lucas owns claims the life of nine-year-old Alice Brinklow and, amid the public outcry, Alice’s father, Thomas, journeys to London demanding justice. As he arrives in the Capital on a frozen January morning his fate, and that of the entire Jarmyn family, will hinge on such strange things as an ill-fated visit to a spiritualist, an errant chicken bone and a single vote cast at a board room meeting. – blurb 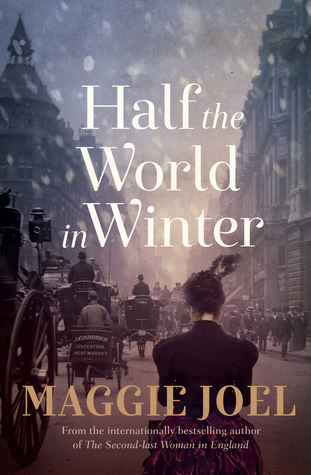 I enjoyed the story line, and the historical setting of this book, but the plot was a little slow moving for me. The theme running through this novel is grief. Heartbreaking and all consuming grief. At times, it is very sad, and very dark, but it didn’t stop my enjoyment. I can’t really see how the nature of the plot could be anything other than dark. The book to me, has a sense of the coldness of winter running through it.

There were commas missing right through the book, which some might think a small thing, but that really did annoy me.

“Inside 19 Cadogan Mews time had ceased. It no longer existed, it had no meaning. A silence had fallen that no one felt willing to break. Footsteps were muffled, and commands, if they were given at all, were given in muted whispers in the hallways and corridors. doors were kept closed and before entering hands hesitated on doorknobs and deep breaths were taken. An excuse not to enter at all was often found:”

‘It seemed that, though you could have the same parents, live almost the same number of years in the same house with the same people, it was no guarantee you would grow into the same type of person.’ 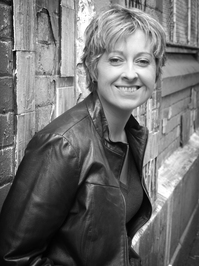 Maggie Joel is a British-born writer who lives in Sydney, Australia. She has been writing fiction since the mid-1990s and her short stories have been widely published in Australia in Southerly, Westerly, Island, Overland and Canberra Arts Review, and broadcast on ABC radio. She has had five novels published: ‘The Past and Other Lies’ (Pier 9,2009), ‘The Second Last Woman in England’ (Pier 9, 2010) winner of the FAW Christina Stead Award for Fiction, ‘Half the World in Winter’ (Allen & Unwin, 2014), ‘The Safest Place in London’ (Allen & Unwin 2016) and ‘The Unforgiving City’ (Allen & Unwin 2019).