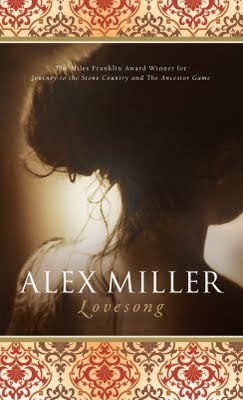 Strangers did not, as a rule, find their way to Chez Dom, a small Tunisian cafe in Paris. Run by the widow Houria and her young niece, Sabiha, the cafe offters a home away from home for the North African immigrant workers at the great abattoirs of Vaugirard, who, as with Houria and Sabiha themselves, have grown used to the smell of blood in the air. When one day a lost Australian tourist, John Patterner, seeks shelter in the cafe from a sudden Parisian rainstorm, a tragic love story begins to unfold. – from the blurb

I came to this book with a slight bias, as I have been an Alex Miller since reading two earlier novels of his – Coal Creek and The Passage of Love. This book, as I expected, didn’t disappoint at all. This is my second read of this novel. I love Alex Miller’s style of writing and his characterisations. Passages of writing in this book are extremely beautiful and slowed down my reading, as I was compelled to read them over and over.

“John was the quiet type … Except when he was telling me his story. Even then there was something quiet and private in the way he spoke about himself and Sabiha; as if he was telling himself the story; going over it to find its meaning for himself. Looking for something he’d missed when it was happening to him”.

I felt empathy for the main characters, as their inner dialogue made me understand their turmoil. I didn’t love every character, but it was the author’s writing that had me form my opinions. I did have a love/hate relationship with some of the characters, but that only added to my enjoyment of the story.

This story is more than a love story. It’s also about power, struggle and loneliness and how they affect a love story. It is also a story within a story, which I found compelling.  This novel stayed with me and had me thinking long after I had finished reading it.

I read the hardcover version of this book. It is a beautifully presented book and will have a permanent position on my bookshelf. I’m sure I will read it again in the future for the beautiful writing.

“Miller belongs with Gunter Grass, Ismail Kadare and JM Coetzee. He is essential reading” – The Australian 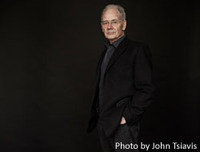 Alex Miller is one of Australia’s best-loved writers, and winner of the Melbourne Prize for Literature 2012. He is twice winner of Australia’s premier literary prize, The Miles Franklin Literary Award, first in 1993 for The Ancestor Game and again in 2003 for Journey to the Stone Country. He is also an overall winner of the Commonwealth Writers’ Prize, in 1993 for The Ancestor Game. His fifth novel, Conditions of Faith, won the Christina Stead Prize for Fiction in the 2001 New South Wales Premier’s Awards. In 2011 he won this award a second time with Lovesong. Lovesong also won the People’s Choice Award in the NSW Premier’s Awards, the Age Book of the Year Award and the Age Fiction Prize for 2011. In 2007 Landscape of Farewell was published to wide critical acclaim and in 2008 won the Chinese Annual Foreign Novels 21st Century Award for Best Novel and the Manning Clark Medal for an outstanding contribution to Australian cultural life.  Miller  is published internationally and widely in translation.

Have you read this book? If so, I’d love to hear what you thought of it. I promise to reply to all comments left.

The Dry by Jane Harper

Who really killed the Hadler family?
It hasn’t rained in Kiewarra for two years. Tensions in the farming commmunity become unbearable when three members of the Hadler family are discovered shot to death on their property. Everyone assumes Luke Hadler committed suicideafter slaughtering his wife and six year old son.

Federal Police investigator Aaron Falk returns to his hometown for the funerals and is unwillingly drawn into the investigation. As suspicion spreads through the town, Falk is forced to confront the community that rejected him twenty years earlier. Because Falk and his childhood friend Luke Hadler shared a secret, one which Luke’s death threatens to unearth….. – blurb

I’ve said before that crime is not one of my favourite genres, but I really did enjoy this book. I took the advice of the comment on the back cover from the Daily Telegraph and read it in one sitting. It’s a very, quick and easy read but such a good plot with a few twists and turns, well rounded characters, and a really great sense of place.  I enjoyed reading about the secrets that were being held in this small town and the events that occurred because of them.

This book has been sitting on my bookshelf since I bought it when it was a new release.I was drawn to it because the author is a journalist from Melbourne, that I knew of from her previous work.  The Dry is her debut novel. There was a lot of media coverage at the time, and I’m usually not keen to read those books that are well hyped up. Eventually, I decided to give it a go, and I’m really pleased that I did.

“This is a story about heroism, the sins of the past, and the struggle to atone. But let’s not forget the redbacks, the huntsmen, the rabbit scourge and all that makes this a quintessential Australian story beautifully told.” – The Age 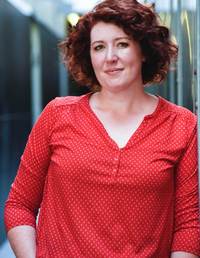 Jane Harper is the international bestselling author of The Dry, Force of Nature and The Lost Man.
Jane is a New York Times and Sunday Times bestseller, and has won numerous top awards including the Australian Book Industry Awards Book of the Year, the Australian Indie Awards Book of the Year, the CWA Gold Dagger Award for Best Crime Novel, and the British Book Awards Crime and Thriller Book of the Year.
Her books are published in more than 36 territories worldwide, with The Dry in production as a major motion picture starring Eric Bana.
Jane worked as a print journalist for thirteen years both in Australia and the UK, and now lives in Melbourne.

You can find my other blogs here: Next Phase In Fitness & Life
and Tracking Down The Family