Seventeen year old Becca  disappeared from her small hometown. She found herself in maximum security prison and on death row with other kids her age. Until her execution, Becca is told to fit in and say nothing, and above all, ask no questions. But Becca has never been known to follow instructions.

Her sister Cassie was the perfect one, who would have asked no questions. Not Becca! Becca continually holds out hope that Cassie will come looking for her and find her. Until then, she must endure whatever her captors decide is her fate.

Published in May 2017 by Hachette Book Group
Audiobook published August 2018.

Becca and Cassie escape from the Crazy House with their lives, but only just. Thanks to the cruelty they endured in the Crazy House, they are now highly trained and tough fighters with a fear of nothing or nobody.

Becca is sent to Assassinate the President of the United cell. Cassie is looking for her, and not far behind. Together the sisters are the key to success but can they find each other and if they do get together, can they join their talents and overthrow the despotic government in order to free the people?

I chose The Crazy House as my next audiobook, with no idea that it was a young adult book.  I chose the book quickly and without reading what it was about, as I was about to head off on a walk. It wasn’t until I was two chapters in, that it dawned on me that this book was book written for young adults.

The story is a very fast paced dystopian novel, with great characters. I found myself hooked completely and invested in what would happen to the twins. The adventure story is a roller coaster, especially the second book. There were many times that I had my heart in my mouth and couldn’t listen, just in case I heard something that I didn’t want to hear. Crazy House could be described as a non-stop carnival ride.

At the end of the first book, there was a cliffhanger and nothing at all was solved, making it obvious that there would be part 2. Fortunately, I was able to listen to part 2 immediately. The story wasn’t totally resolved in book 2 which leaves me wondering if there is a third book coming. If not, then I’m slightly annoyed by the ending.

I’m not a huge fan of reading Young Adult or anything with a dystopian theme, but I have to say that I loved both of these books. I have noticed there are many negative reviews online which I don’t agree with. I put that down, to not being a regular reader of YA and not being the target audience.

This audiobook was read by Therese Plummer, who read all the roles. Each person was read in a very different tone, so I had no problem at all recognising who was speaking. This can sometimes be an issue in single reader audiobooks. 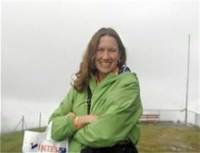 Gabrielle Charbonnet lives in Carolina USA. She has written many books prior to Crazy House under her pen name Cate Tiernan. This is not her first collaboration with James Patterson. Gabrielle has written about 75 books in total, under her own name, and  many varied pen names.

This story, set in Seattle and Tacoma, Washington USA, follows eighteen year old Cody in the months following the suicide of her best friend Meg.  Cody is feeling numb and can’t believe that her friend didn’t confide in her that all wasn’t well with her. As she searches for answers as to why she has lost her best friend, she goes on a journey of self discovery. Cody starts to question her relationship with Meg, and what death, love and forgiveness mean to her.

This traumatic subject matter is handled very realistically and delicately by the author, but at the same time is very emotional to read. As well as suicide, there is a romantic story line which I didn’t enjoy at all. I found most of the writing about the romance and the relationship to be quite predictable and not essential to the story.

I Am Here is classified as Young Adult fiction. I’m in two minds about this. I’m not really sure if the story line is suitable for early teens. But then again, this is a topic which affects so many teenagers in modern times, so perhaps it should be brought more into the open.

“I Was Here was a pitch perfect blend of mystery, tragedy and romance. Gayle Forman has given us an unflinchingly honest portrait of the bravery it takes to live after devastating loss” – Stephen Chbosky, author

“Partly tautly paced mystery, part psychological study of suicide and it’s after effects….An engrossing and provocative look at the devastating finality of suicide, survivors guilt, the complicated nature of responsiblity, and even the role of the internet in life and death decisions” – Kirkus Reviews. 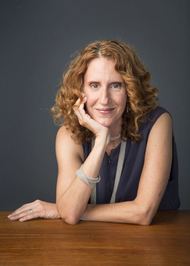 Award winning author and journalist, Gayle Forman has written several best selling novels for young adults.  She has had written essays and non-fiction work which has appeared in publications such as The New York Times, Elle and Time. She lives in Brooklyn with her husband and daughters.